Davido Opens Up About Being An Upcoming Artiste Under Mohits

Nigerian megastar, Davido has opened up about being an upcoming artiste for a year under now defunct music label, Mohits Records. 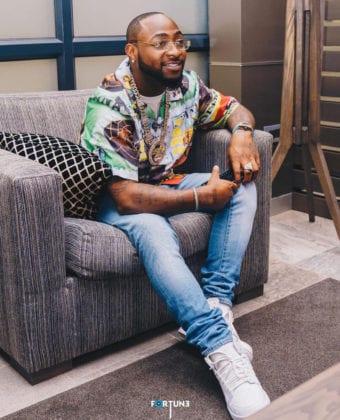 A Twitter user on the 6th of January, 2021 reportedly said;

“Davido doesn’t have “When I never blow” stage. Came in with a hit.”

In response to the tweet, Davido took to his Twitter account on the 7th of January 2021 to make it known that he had once been in the upcoming artiste category at some point in his career while rolling with the Mohits gang. He replied;

Mohits Records was formerly owned by Don Jazzy and housed the likes of D’banj, Wande Coal, D’Prince, Dr Sid and Kayswitch. The label was established in 2004 and came to an end in 2012.

Davido’s response to the earlier tweet has led to different reactions from Twitter users and some of such reactions are below;

You were in mohits house for a year? No wonder you gave us more hits.

The greatest debut song by any Nigeria artist. Back when and Dami duro is hitting like crazy 🔥🔥

Blessed are those who remember where they were coming from and how it was tough back then, and Now they're making every effort to help others too. WE RISE BY LIFTING OTHERS ⚡..

I still remember your first big project with Naeto Super C in “Back When”... OBO oil dey your head 🌴

You go cook urself for that 1yr from the best then.