Nigerian singer, Davido has hinted at a second collab with South African rapper, Focalistic not long after their previous collaboration, "Ke Star". 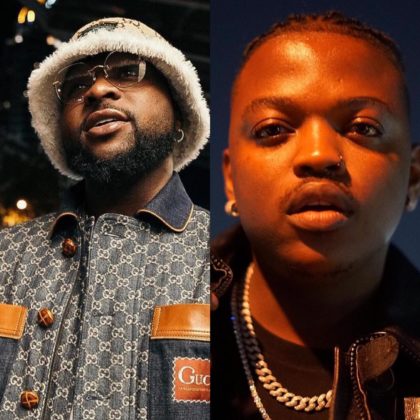 Davido shared a cryptic photo hinting at this on his Instagram story on Tuesday, the 1st of June, 2021. He posted a photo of Focalistic recording in the studio and wrote a simple caption, "FOCALISTIC PART 2???". 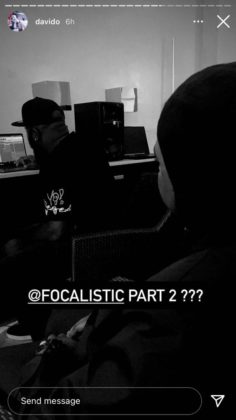 We reported last week that Davido was on the road and visited South Africa with his team. Since then, he has performed at Focalistic's Gupta Fest concert and also received a 3x Platinum plaque for the remix of their hit single, "Ke Star".