Davido's collaboration on the remix of "Ke Star" by South Africa's Focalistic is now certified 3x platinum in South Africa and both artists have received the plaque. 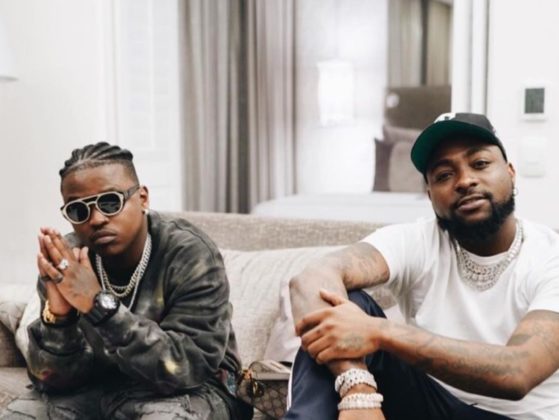 Davido posted a video with Focalistic on his Instagram story on Saturday, the 29th of May 2021. In the video, he is seen holding the plaque with the South African rapper beside him while they're both partying in the club. Imprinted on the plaque were the wordings, "Three X Platinum Award, presented to FOCALISTIC".

Davido is currently in South Africa with his gang and performed last night at Focalistic's Gupta Fest concert. The singer famously featured on the remix of Focalistic's "Ke Star" with Vigro Deep, a song that made waves in Nigeria as well as South Africa and birthed the now-common phrase and street lingua, "I dey catch cruise forget".