Nigerian singer, Davido has been billed to perform at a global live stream concert, an event that will also have American rappers, Bobby Shmurda and Rowdy Rebel in attendance. 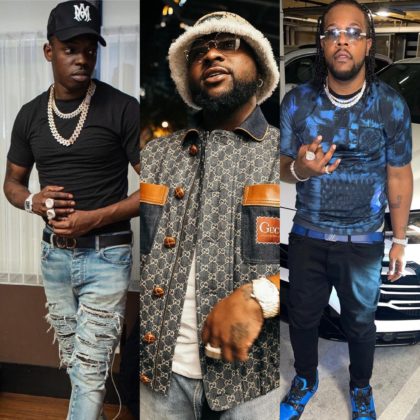 Davido shared this via his Twitter page on Sunday, the 30th of May 2021. He posted the flier of the event and asked that his fans tune in to support him, and in his words, "show the world how we get it". He wrote;

Catch my performance at the global live stream concert brought to you by SHRUcoin June 18th on Shrutv. com and gvntv. Let’s show the world how we get it ! 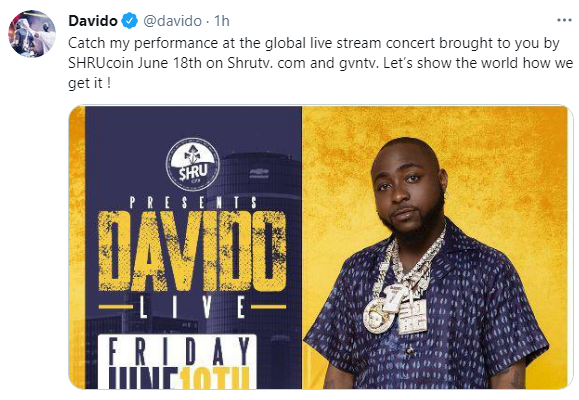 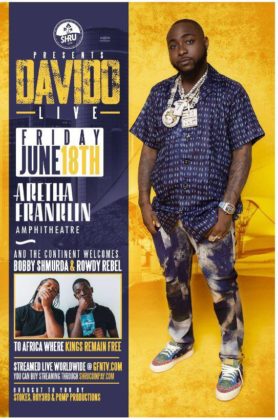 The concert is hosted by SHRUcoin and is scheduled to hold on Friday, the 18th of June 2021 at the Aretha Franklin Amphitheatre in Detroit, Michigan.

American rapper, Bobby Shmurda who is billed to perform live alongside Davido and his friend Rowdy Rebel is very popular for his 2014 hit single "Hot N**ga" and popularizing the Shmoney Dance. Shmurda was also just released from prison on the 25th of February after being incarcerated for six years.