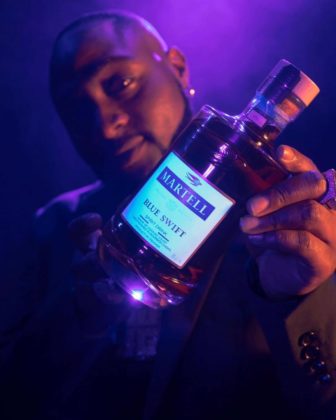 The singer announced the new partnership via his Instagram page on Saturday, the 12th of June 2021. Davido posted a video of himself decked out in a suit and posing with a bottle of Martell. He wrote;

I’m excited to announce my partnership with Martell as their new Standout Swift. Stay tuned to see what we have in store for you.

For Martell, a Standout Swift is someone who challenges convention and inspires others. After more than a decade of ground-breaking music influenced by his Nigerian-American roots and taking Afrobeats beyond borders, that's exactly what Davido portrays. 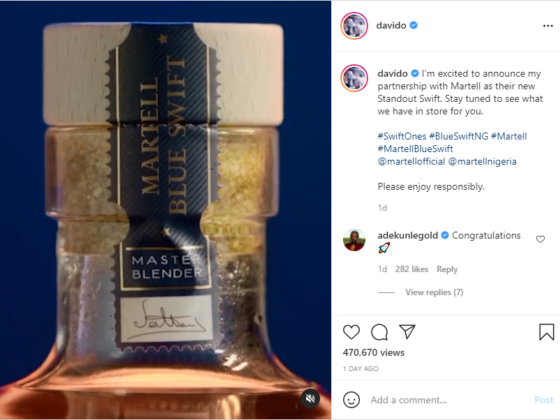 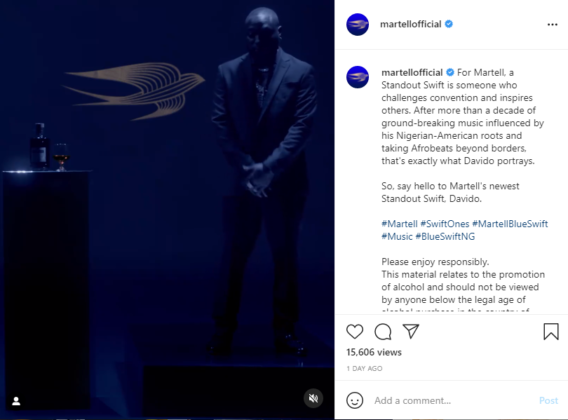