Davido hints at a Remix To Cheque’s hit song “Zoom”

Superboy Cheque’s “Zoom” has been dominating the charts lately, climbing up most streaming platforms, currently sitting at #2, just behind Davido’s FEM on Apple Music’s Top 100: Nigeria and Audiomack. 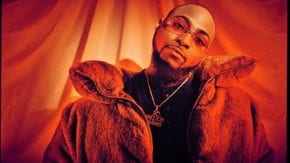 Cheque started his music career in his tertiary institution days and got signed to Penthauze records in 2019 and began his musical journey. He released three singles namely Jekasoro, Pain Away, and Abundance, and then decided to put in a body of work with an EP called Razor.

Zoom, his currently buzzing record, has millions of streams on several platforms and is now the second biggest song in the country; a feat he took to his twitter page to announce today.

Davido congratulated Cheque on his success via his twitter page, and implied that a remix might be dropping soon. We are surely anticipating it.