Nigerian superstar singer, Davido was quite full of emotions during the candle night service held for his late friend and associate, Obama DMW. 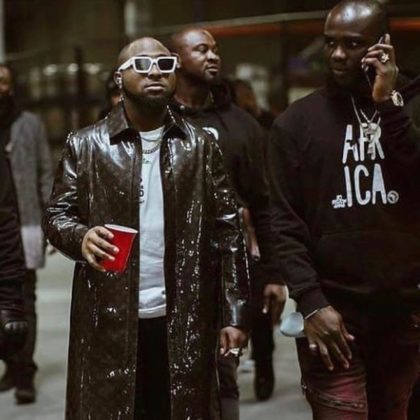 The candle night service for the deceased was held on Friday, the 9th of July 2021. Davido was seen at the venue for the candle night sporting a vest with the inscriptions, "Obama 44" in front and "RIP 44" at the back. It was a moving scene as the singer was holding his face in his hands and was very close to tears.

Davido has been rather quiet since the death of Obama DMW and the video of him at the candle night is one of the few times he has been seen since then.. In his message to his late friend via his Instagram post, he revealed that he always looked up to Obama and was very weakened by his death. He wrote;

I am hurt, broken, sad, and lost. For the first time in my life, I am EXTREMELY confused. The pain is one I cannot explain. 44 was more than an elder brother to me, he was a protector. He was someone that literally just always made me smile. He would do absolutely anything to make me smile, no matter the issue or problems I had. His response was always “Don’t worry, I’ll talk to them”, “Don’t worry I’ll sort it out”, “Don’t worry I’ll give them something”. I would never believe in a millions years I will be writing a tribute like this to someone so dear to me this soon. All my life it’s been “David you’re strong, David you’re strong”. 44 I won’t lie to you, this time around, this one WEAK ME!!
I miss you so much 44.