Nigerian superstar, Davido has announced that his second even concert to be held at the o2 Arena in London will hold next year and promises to be fully loaded.

Davido announced the will be going back to the O2 Arena for a repeat and better show like the first one that was staged back in 2019. He shared this via his Instagram page on Thursday, the 30th of September 2021. 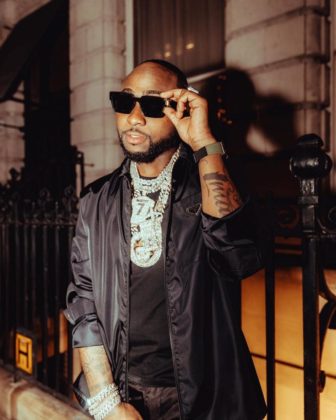 On Sunday, 27th of January, 2019, history was made as superstar singer – Davido sold out the 20,000 capacity concert venue, O2 Arena which is a huge feat to achieve for any artist. This further underlined the dominance of Afrobeats to the world as evidenced right now.

The DMW head honcho shared the stage with other artistes on the DMW roster – Mayorkun, Peruzzi, Dremo, Yonda & Idowest. Rapper, Zlatan Ibile also took to the stage on the night.

READ ALSO: Davido Talks About Being The 1st African Artiste To Sell Out O2 Arena & What It Cost Him

Speaking about his return to the O2 arena for a second time, Davido disclosed that this time will be even better. In his words;

Feels like just yesterday we made history. We’ve done it before… Now let’s do it again! Your boy back! LONDON you can call me Santa with the amount of surprises we got planned on this one 😈😈😈 02 Return FULLY LOADED!
Sign up now for early access to tickets ! Link in my bio!! 🇬🇧 🇬🇧 🇬🇧

Oxlade Speaks On Getting Co-signed By Drake