Davido and Tiwa Savage To Perform At MOBO Awards 2020

Having been nominated this year, Nigerian megastar, Davido and Queen of Afrobeats, Tiwa Savage will be performing at the 2020 MOBO Awards ceremony scheduled for the 9th of December 2020. 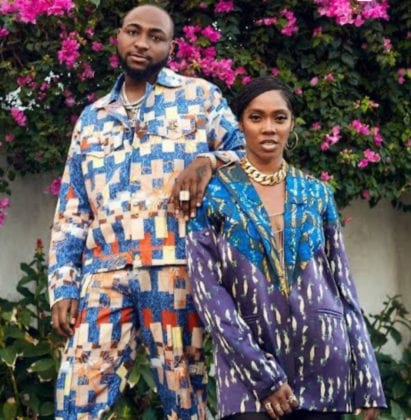 Before now, Tiwa Savage was the only confirmed African artist to perform but on the 2nd of December 2020, MOBO Awards tweeted that Davido will be performing as well at the 2020 MOBO Awards.

This will be Tiwa’s first MOBO performance but not the first time Davido would be making a MOBO appearance or performance. MOBO expressed on their page:

Tiwa Savage, ‘the Queen of Afrobeats’, will make her debut on the MOBO Awards stage with what is sure to be a sizzling performance. The Nigerian superstar has been pivotal in elevating Afrobeats to become one of the world’s most celebrated genres in recent years. Earlier this year she returned with her fourth studio album Celia, featuring the rhythmic gems ‘Attention’, ‘Koroba’ and ‘Dangerous Love’. One of the stars pushing the envelope of British rap with his richly textured sound is Kojey Radical. The East London-born artist will also be performing at this year’s ceremony, sure to bring forth an emotionally potent and thought-provoking showcase. Even more exciting performers to be announced!

🔥🤩 Who are you most excited to see take the #MOBOAwards stage on December 9 this year?

READ ALSO: The influence of Nigerian Music Stars in the #EndSars Nationwide Protest

In addition, Davido and Tiwa will be competing against themselves and other music heavyweights such as Burna Boy, Rema, Adekunle Gold and others to win the 2020 ‘Best African Act‘. According to MOBO:

2020 has been a momentous year for artists from the motherland, with the scene at large undeniably being in the midst of its golden age. Ever supportive of the Black diaspora at large, this year’s Best African Act category is the most jam-packed it has ever been with veteran mainstays artists like Burna Boy, Davido, Adekunle Gold and Tiwa Savage racking up nominations alongside newer acts who have recently crossed over international waters like Rema, Fireboy DML and Stonebwoy.