British rapper, Dave is going for some afrobeats influence on his new album with the features of Nigerian superstar, Wizkid and singer Boj.

The rapper revealed the tracklist for his new album via his Instagram page on Wednesday, the 14th of July 2021. Dave's new album is titled 'We're All Alone In This Together' and features fellow UK rapper, Stormzy alongside Wizkid, Boj, Snoh Aalegra, and James Blake. Wizkid's feature comes on the 6th track titled 'System' while Boj follows just after on the 7th track, 'Lazarus'. Dave shared the tracklist on his Instagram page and wrote, "We’re All Alone In This Together 🇬🇧🇳🇬🇺🇸". 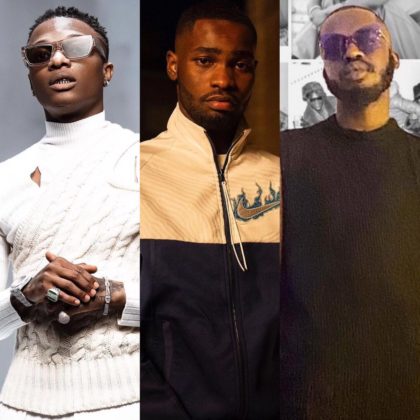 Wizkid and Boj will therefore feature on Dave's sophomore album, which already has a single out, the track titled 'Clash' featuring Stormzy. His debut album, 'Psychodrama' also had some Nigerian influence. He featured Burna Boy on the song titled 'Location' which became a smash hit, in the United Kingdom and Nigeria, including many other countries. 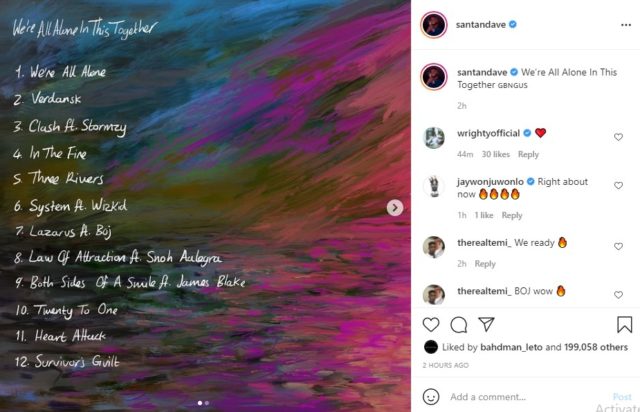 Dave turning to Nigerian artists like Wizkid, Burna Boy and Boj on his album is not all that surprising, however. The South London-born rapper has deep Nigerian roots and his real name is actually David Orobosa Omoregie. Prior to his surprise singles, 'Titanium' and 'Mercury' which were released in April, Dave hadn’t released a solo track since 2019. However, he’s worked with top UK acts like Fraser T Smith, Giggs, Fredo, and Ghetts over the past 12 months.