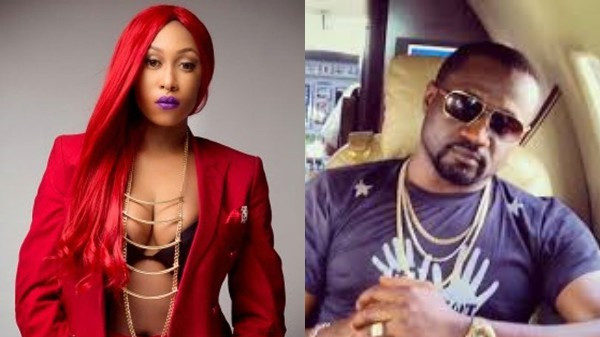 Contrary to the information dropped by the dancehall superstar, Cynthia Morgan, that she had to change her name because of her former management that was spearheaded by Jude Okoye and the contract she signed, the label boss has come out to debunk the information, stating that there was no such clause to her contract and she is free to do as she pleases.

This information was revealed via a conversation with Jude Okoye on Tunde Ednut's Instagram Live where Jude, in response to Tunde Ednut's question on if Cynthia Morgan is free said;

on why she changed her name, Jude Okoye responded with

"My brother, that is what I don't even understand. If she has a contract with where that thing stated like that, then make she bring am make we see mana. Ani the one wey I get here dey different?... how can I old somebody's papa and mama name? which court go even grant that thing give me... somebody go fail like this, you want to do things on your own because you think you can do things on your own, you've seen the light. You'll now fail and somebody has to take the blame for your failure?"