"Cynthia Morgan call me" - Madrina Calls Out Davido For Not Responding

Nigerian controversial singer, songwriter and rapper, Cynthia Ikponmwenosa Morgan formerly known as Cynthia Morgan but now referred to as Madrina called out megastar and DMW boss, Davido for not responding to her calls and messages for months. 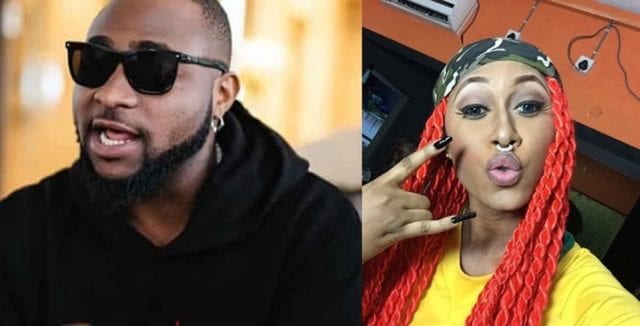 Having enjoyed what seemed like a promising career before it faded, concerned label boss, Davido tweeted at Madrina (Cynthia Morgan) on the 24th of May 2020 to reach out to him and months after that tweet, Madrina revealed in her recent HipTV interview that the 'FEM' crooner, Davido hasn't responded.

A snippet of her recent HipTV interview was spotted and therein, Madrina (Cynthia Morgan) expressed that she did just what Davido asked but still got no feedback. In her words:

I called David, he didn't take his calls, sent him messages on WhatsApp, he didn't reply. It's just a long story actually but I don't know but then, even the record that he sent of which I made a demo verse for and sent back, it's been 3 months and still no feedback.