Cuppy's Pink Penthouse is her apartment which is located in high-brow London and will be the center of the MTV Cribs on Monday. The singer revealed this new appearance via her Instagram page on Friday, the 30th of July 2021. 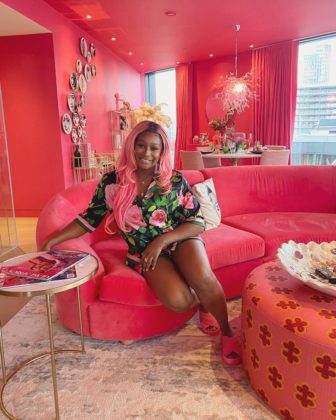 MTV Cribs is a show that spotlights celebrities and how they live in their natural habitat. Cuppy, being the latest guest will take them through her famous Pink Penthouse, on the episode which will be aired on Monday, the 2nd of August 2021. She wrote on Instagram;

Catch my #MTVCribs at 8pm on August 2nd! 💒💕 Are you ready for a full tour of the #PinkPenthouse?

Cuppy revealed recently that she was working with Donaeo and the legendary producer brought her back to the studio after she took a break from music. Cuppy revealed that she had been nervous about making music, before linking up with the British legend. She explained that she had lost direction since dropping her debut album, and Donaeo dragged her back into the studio. We are happy Cuppy is back to her ever-lively self and can't wait for the Pink Penthouse to feature on MTV Cribs.