Cuppy Reveals She Dated Someone Younger Than Her Last Year

Nigerian singer and DJ, Cuppy has revealed that she has dated someone younger than her. She explained that she dated a 23-year old man last year. 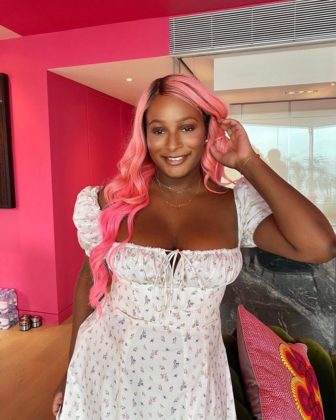 Cuppy revealed this via her Instagram stories on Thursday, the 10th of June 2021. She used the 'questions' option on her Instastory and asked that people ask her any questions on their minds. The singer answered a lot of questions, one of them being if she can date someone younger than her. Her answer was sharing a photo of herself kissing someone captioned: 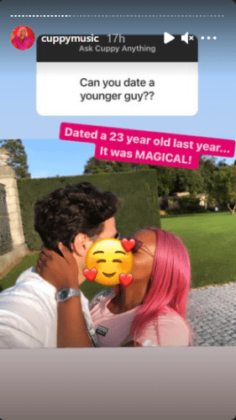 Cuppy is the daughter of Nigerian billionaire, Femi Otedola. Adding to that her ravishing beauty, it is evident why she is the toast of a lot of male attention. However, she also revealed that she is currently single.