Nigerian singer, CKay has recorded 20 million monthly listeners on his Spotify account, becoming the first African to achieve the feat in history.

CKay has now become the first African artist to record 20 million listeners mark on Spotify, with his 2019 EP Ckay The First doing amazing numbers. This was shared via Instagram on Thursday, the 7th of October 2021. 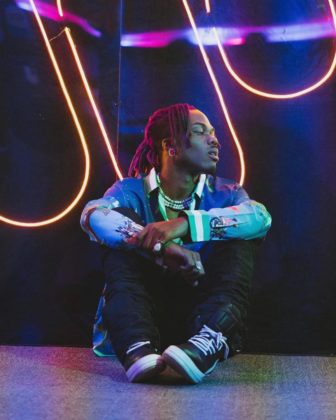 CKay has seen his 2019 EP titled CKay The First grow astronomically in recent times. This is down to the growth of the Love Nwatiti song via TikTok videos and trends. The song was initially released on his CKay The First EP and seeing the potential, he went ahead to create multiple remixes which further pushed it into the international market.

The rapid growth of Love Nwatiti has now seen CKay leap over all other African acts to become the first act to record 20 million listeners on Spotify. This is the second African record the singer has broken within the space of one week. Just this week, he also became the first African to debut on the Billboard Independent Albums Chart.