Chris Brown has shared a video and message of congratulation to Wizkid on his successful outing at the O2 Arena on the first day of his intended 3-day concert.

Chris Brown joined Wizkid on stage at the O2 Arena and shared a video of that performance online with a message congratulating the Nigerian superstar. He shared this via his Instagram page on Monday, the 29th of November 2021. 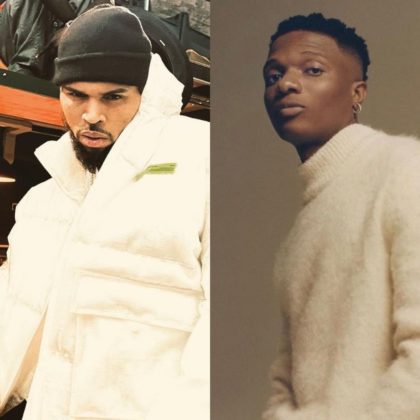 Asides from Chris Brown, Skepta, Ella Mai, and Buju who were all featured on Wizkid's Made in Lagos album and they performed their collabs with Big Wiz at the show. Skepta performed Longtime with Wizkid while Ella Mai and Buju performed Piece of Me and Mood respectively.

The audience was very pleasantly surprised when Chris Brown joined Wizkid on stage at the O2 Arena. Sharing a video and a message of congratulations to Wiz as caption, the American singer wrote;

So FU**ing proud/thankful of/for my bro @wizkidayo for his achievements ❤️❤️we been homies for 10 years +. LONDON I CANT EVEN BEGIN TO THANK YOU ENOUGH FOR THE LOVE YALL HAVE SHOWED ME ❤️❤️❤️❤️. Truly a moment I will forever be grateful for. #breezyseason