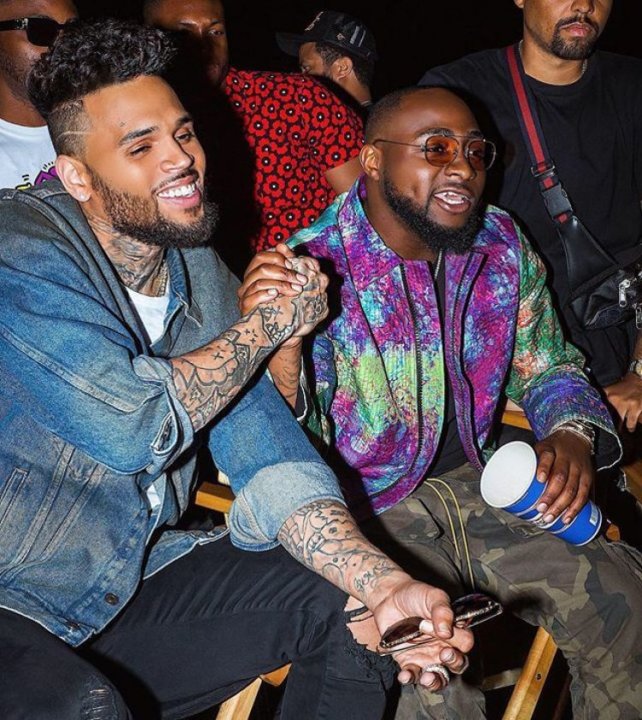 Davido has announced that American singer, Chris Brown will be coming to Lagos, Nigeria come December 2019 for his annual concert that usually takes place on the Island.

He's coming with me in December. I do a festival every year ... I told him and he just said send me the plane... so I'll just send the plane to get him because he's going on no commercial, he's going on a jet... but he's worth it, I mean Nigeria they really love Chris, so Chris is coming out there. I'll go on tour with Chris too.

Speaking on how he met Chris Brown, Davido said;

It was through a mutual friend, Hoodie, he's actually Nigerian... There's this song I made called Assurance, it has a video where I put my girlfriend in it and it's real cute. Chris liked the song and he kept on playing it and Hoodie was like 'Yo! that's my lil bro and Chris was like yea.. connected... and I spoke to Chris once and that was it and like 6 months later, I did this record, I sent it to his friend, Hoodie, and he said he'll talk to Chris and if Chris like it... and the next day Chris sent it back, done... we came to Atlanta where I met him for the first time and he got me a room for like three days where we chilled and had fun.