Chocolate City release a video documentary giving background into how the smash hit song, Love Nwantiti by CKay was created. The video was shared via Youtube on Monday, the 1st of November 2021. 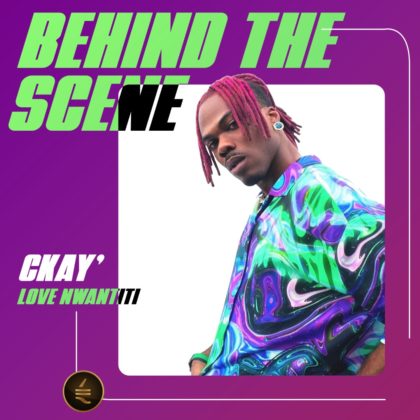 Behind The Music: CKay

Love Nwantiti is the most successful afrobeats song in 2021. This hit single was originally released under Chocolate City Music earlier in 2019 and a year later, a remix with Joeboy and Kuami Eugene was born, which was one of the most popular versions of the song.

This ChocCity diary episode follows the story of how this hit song was conceived starring two people who were actively involved in its birth process and release, Chocolate City’s A&R Seyi Xodus and Head Of Promotions Isioma.

Since its release, this hit song has received a number of accolades, some of which are Most Shazamed song in the world, 100,000 Sales in France (Gold Certified), Second Nigerian record to chart on the Billboard Hot 100 in 2021, BRITs  certified Silver single, Peak #2 on Billboard Global 200, Over 100 million views on Youtube, Most streamed afrobeats song on Spotify, Certified Gold in New Zealand, and Certified Platinum in France amongst others

Love Nwantiti has gone ahead to become one of the greatest afrobeats songs ever released, surpassing a huge amount of streams and marking its own history all over the world. This video documentary highlights the song-making process and the role Chocolate City Music played towards the success of CKay's Love Nwantiti single.