Cheque to Drop 'Zoom' Remix with Davido and Wale

Fresh new talent, Cheque has zoomed his way into his first major collaboration with not one but two heavyweight artistes as he’s set to release the remix of his chart-topping single, ‘Zoom’ with Davido and American rapper, Wale. 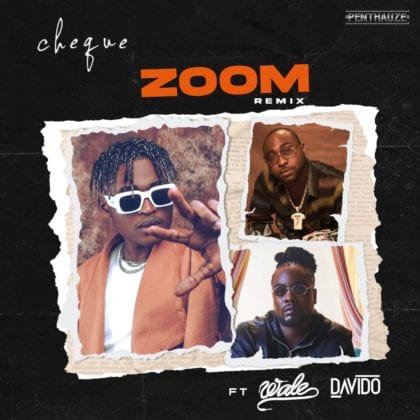 This remix which is set to be released on the 22nd of December comes months after Davido congratulated Cheque for holding the second spot on Audiomack charts with ‘Zoom’ and jokingly asked if they should work on a remix together.

‘Zoom’ is Cheque’s hit single off his debut EP ‘Razor’ which was released on the 3rd of July.