Nigerian rapper, Cheque has shared an angry message to the EFCC via his Instagram page, revealing that he was arrested and unjustly assaulted by officers under the commission’s employ recently.

Cheque revealed that he was arrested by the EFCC on no grounds and he was then treated unjustly and was also assaulted. He shared this via his Instagram stories on Saturday, the 13th of November 2021. 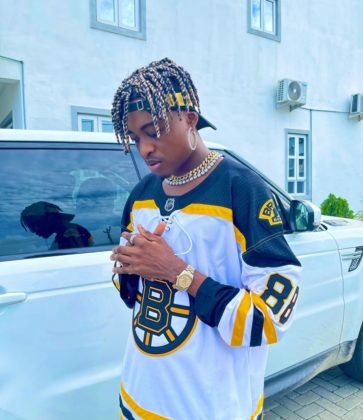 Cheque is signed to Phyno’s record label, Penthauze Records and recently dropped his debut album, Bravo after securing some very high profile singles like Zoom and History with Fireboy DML.

Cheque recently revealed that he was arrested unjustly by the EFCC, also accusing the commission’s officers of assault. The EFCC or Economic and Financial Crimes Commission are the agency tasked with the task of  enforcing the provisions of the financial law. However, recent reports have pointed at a hint of highhandedness from the commission. Former BBNaija housemate, Dorathy revealed how she was rudely awaken from sleep when EFCC officers barged into her home. The latest celebrity to complain on this trend happens to be Cheque and he is not happy about it.