Cardi B in Lagos: 3 Things The Dominican Republic-born Superstar Has Done 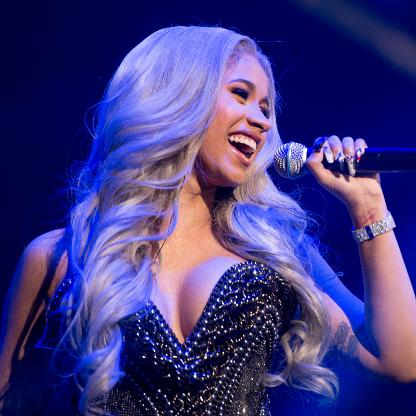 Cardi B in Lagos: 3 Things The Dominican Republic-born Superstar Has Done

Cardi B, who's scheduled to perform at the Livespot Festival in Lagos, has arrived. The American rapper will perform some of her songs tomorrow (December 7th) alongside some of the finest Nigerian artistes.

Already, the outspoken artiste has begun to trend, with varying reports as to what she said, did, or didn't do.

1. Vibing to Davido's Fall: Before her arrival, footage of Cardi B twerking to Davido's smash hit, Fall, surfaced. On the short video, Cardi B is her usual self, bubbly and energetic.

What prompted trends however, was the seemingly new verse added on the version which played on the video. With vocals from Cardi B herself, speculations flew everywhere, as to if Cardi B was on the remix, and how perfect, if it was to be released while she was in Nigeria.

There was however, no confirmation if it was just a freestyle verse or really a forthcoming remix. Davido however, cleared all doubts, replying a fan's tweet and confirming that the remix was done in 2018 but never put out.

Not a cover we recorded this last feb ... just never dropped https://t.co/Njt0y6TwSn

With its fair share of dictatorship, the DR had its times of trouble. But now, it is blooming, certainly shedding the 'Third World' tag. It boasts the largest economy in the Caribbean and Central American region. However, much of its physical structures still retain an aged quality to it, a small level of depletion –no doubt this is what Cardi sees in Lagos, and which prompted the comparison.

Nigerians reacted hilariously to her observation, bringing up the fact that she was probably in an high-brow locale. Like, she is yet to see the real Nigeria.

Cardi B said Nigeria looks like the Dominican Republic??

I don't know if we should hang her for hate speech or thank her for the compliment cos the Dominican Republic has 7X our GDP per capita.??#CardiBinLagos

Should we tell her?