American superstar Cardi B will be in Nigeria and Ghana this December. The rapper will headline two concerts on December 7 (Lagos) and December 8 (Accra).

"I got one more show in 2019 and that's in Africa," the rapper recently said, after stating that she was done with shows in America for the year.

The  Grammys award-winning Cardi B will be performing for a two-day event called Livespot X Festival that takes place across the capital cities of Lagos and Accra. She has also revealed that the festival is her first ticket to either country, and Africa in general.

Since Cardi B's breakout with "Bodak Yellow," talks have been rife about doing a show in Africa. In the West African countries of Nigeria and Ghana, she is immensely popular. Female fans admire her colorful personality, her rawness and outlandish sense of fashion. Male fans, no doubt, love her and her music, but it is her sexual appeal that will pull them to the event centers. The organizers played on this for her promotional flyer, embossing a photo of her trademark tongue within an X. 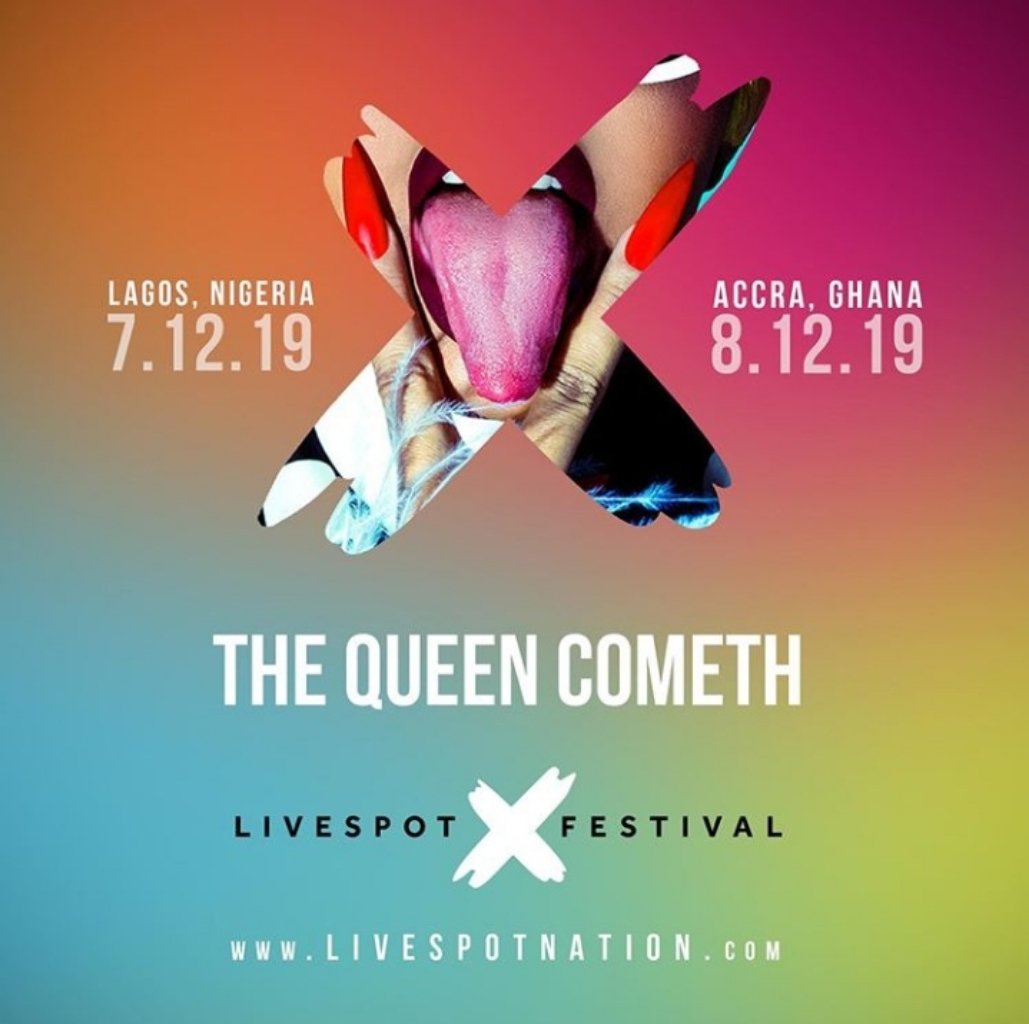 The international music star is expected to be joined on stage by some of the biggest musical talents from both Nigeria and Ghana. According to the organizers, Cardi B's trip to Nigeria and Ghana is a clear indication of her ambitions to rule the music world and affirm her status as a global celebrity.

For interested persons, you can buy tickets for Cardi B's shows in Lagos and Accra at the Livespot X website.