Two time Grammy award nominee and self-titled African Giant, Burna Boy, has once again stuck the Nigerian flag on another global marker. This time, it’s on the latest adventure of the video game series, Grand Theft Auto. The video game series which is teasing a new edition served a trailer featuring a new single from Burna Boy titled ‘Gettin’ Money.’ 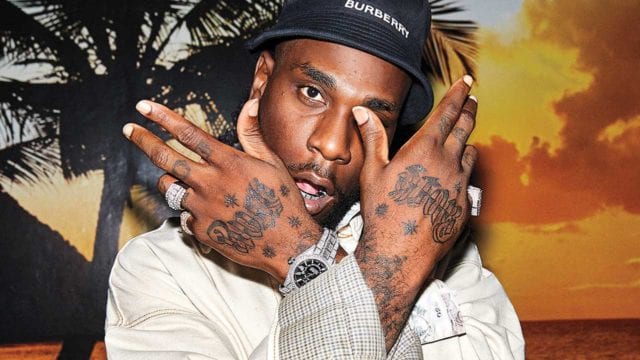 An excited Burna put out word of the partnership on Twitter where he said: “Excited to partner with @rockstargames for The Cayo Perico Heist in GTA Online can’t wait for you all to get into it, and the big tune! “Gettin’ Money” (Ape emoji)

Excited to partner with @rockstargames for The Cayo Perico Heist in GTA Online can’t wait for you all to get into it, and the big tune! “Gettin’ Money” 🦍 pic.twitter.com/HYQ5n7Z73i

RELATED POST: Will Burna Boy Bring Home The Grammy? Take a look at the 4 other nominees

Burna Boy‘s ‘Getting Money‘ takes off with cocksure lines ‘Calling from Naija, hello’ and snowball into a rhythmic delivery rendered in Burna’s style which fuses English language and Yoruba as it plays over the animated video game trailer.

The trailer which was aired today the 9th of December is in anticipation of ‘The Cayo Perico Heist‘ which will be released on the 15th of December.

This collaboration sees Burna centering himself further in the gaming industry since December last year when his hit single ‘Killin’ Dem’ alongside Naira Marley’s ‘Opotoyi’ made Grand Theft Auto’s playlist for their ‘iFruit’ edition.