African Giant, Burna Boy is set to perform on the Late Night Show with American comedian, Seth Meyers on the 4th of January 2021. 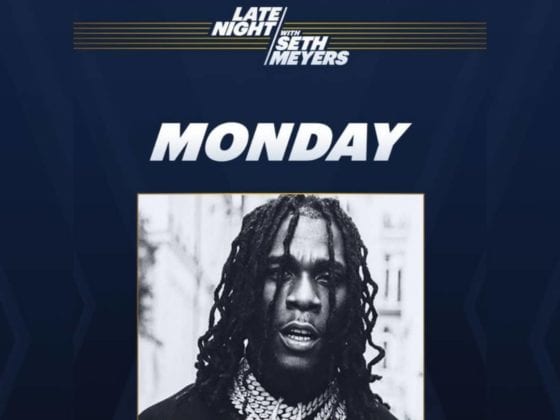 The artiste took to his Instagram page on 4th January 2021 to make the announcement, informing fans to make it a date with him and tune in to NBC where he'll be performing for the first time in 2021.

This is another giant stride to show that Burna Boy is ‘Way too big’. 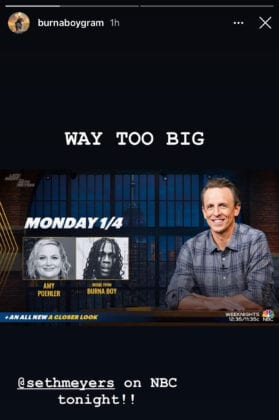 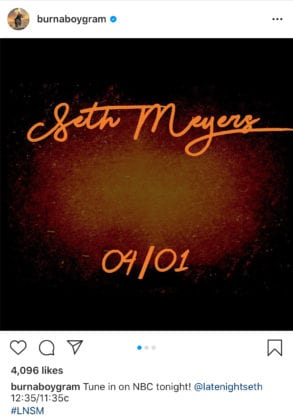 Late Night with Seth Meyers is an American late-night and news satire talk show hosted by Seth Meyers on NBC. The show premiered on February 24, 2014, and is produced by Broadway Video and Universal Television.  (Source: Wikipedia)