Self-proclaimed African Giant, Burna Boy has responded to Omoyele Sowore who earlier today, 29th of September, called him out on his title as a "revolutionary musician" on Twitter. 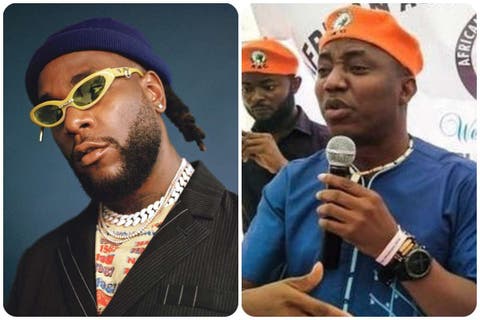 The politician, who campaigned as a presidential candidate in the last presidential election in Nigeria, challenged Burna Boy on the 29th of September,  to join the October 1st protest tagged "Revolution Now" .

According to him, he is calling out Burna Boy because he has never seen the "Way too big" singer actively protest against the Nigerian government despite being compared to the late legendary Fela Kuti who was and still is majorly known for his activism.

Hello @burnaboy, everywhere I turn people describe you as a revolutionary musician, the foreign media even celebrate you compare you to Fela Kuti, but I am yet to see you lead anyone to a police station carrying a coffin for head of state! Join #Oct1stProtest #RevolutionNow 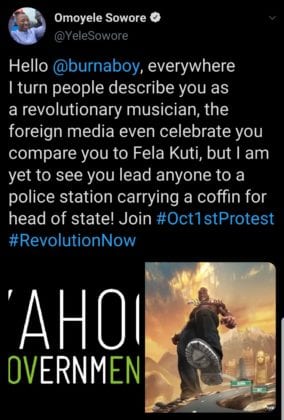 In responding to this challenge, Burna Boy stated that Fela he is being compared to was harshly criticized by the Nigerians he fought for and even his parents were served the same hands for associating with Fela Kuti.

Speaking further, Burna Boy stated that he does not trust the Nigerian politicians because every one of them is the same including Yele Sowore who called him out. 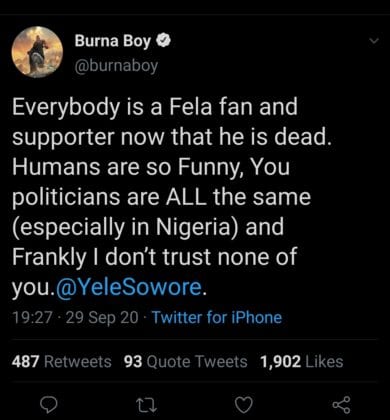 This statement is in line with Burna's stance in a recent interview with the UN where he stated that he prefers to say things in his music about the present state of the country rather than be involved in a protest.