Nigerian musician, Burna Boy is celebrating the one-year anniversary of his Grammy-winning album, Twice As Tall, also taking the time to describe his new album.

Burna Boy shared the one-year anniversary of Twice As Tall via his Twitter page on Saturday, the 14th of August 2021. The singer wished his last body of work a happy one year, saying that making the album was like therapy for him. 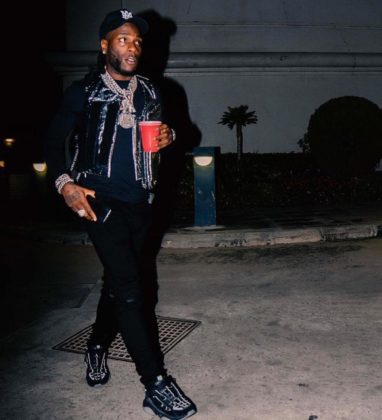 In his tweet, Burna Boy explained that when making albums, he considers his energy and emotions at that specific time. Hence, he considers the Twice As Tall album very special. He wrote;

I make albums that represent the energy and emotion that I feel at specific times in my life; making #TAT was therapy for me. Happy first birthday 🛸💨

The singer was also asked about his new album which he has hinted would drop this year. Burna Boy replied saying, "Two words, ITS. LIT 🛸💨" 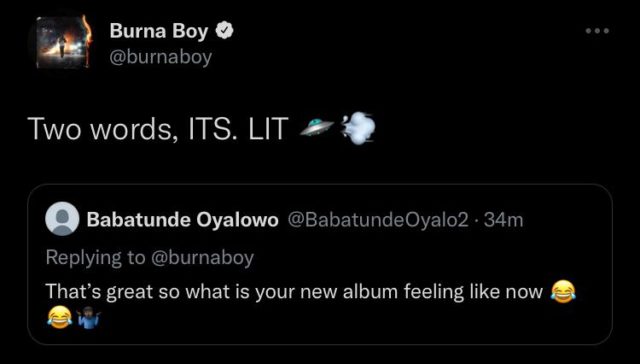 Burna Boy's first Grammy award was won by the Twice As Tall album which turns one today. It's safe to say that the album represented a good deal for him, especially after losing out on the award just one year earlier. Burna Boy is currently on a world tour for the Twice as Tall album, doing just like other artists and giving their fans what was denied of them by the pandemic.