Nigerian singers, Burna Boy and Mr 2Kay have reunited and buried the hatchet four years after their famous fight in 2017.

Burna Boy and Mr 2Kay were seen together in a video taken at a club, having a moment together and it is safe to say old grudges have been quashed. The video was shared via Instagram on Friday, the 6th of August, 2021. 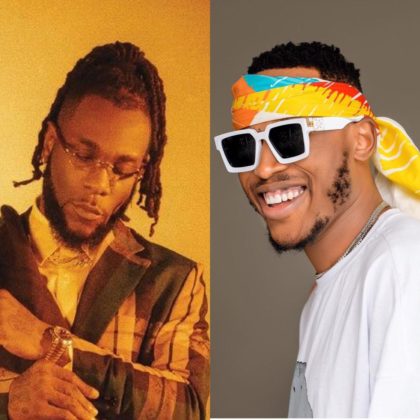 Their fight started in 2017 when Burna Boy was accused of being the mastermind behind Mr 2Kay getting robbed in his Eko Hotel room. This was because of Burna Boy's response to his fellow singer saying he did not approve of his recent (at that time) utterances on Nigerian pastors. He allegedly sent a DM to Mr 2Kay saying, "You better have that energy when I come for you because I’m coming for you".

Then when Mr 2Kay gets robbed in his hotel room after 2Baba's Buckwyld and Breathless Concert in 2017, all fingers are pointed at the Spacechip Ent singer.

READ ALSO: The Internet Is Pissed At Burna Boy For Supposedly Disrespecting His Elders In The Past

2Kay slammed Eko Hotel with a lawsuit demanding N500m as payment for damages, while Burna Boy was publicly invited by the Nigerian Police for questioning. In November of 2017, the singer dropped a statement saying that he was never declared wanted by the police and has gone to clear himself up.