Nigerians singer, Buju has revealed that his very first headline concert in Lagos, tagged the Sorry I'm Late concert will hold this December.

Buju dropped the details for his very first headline concert, announcing that it will hold this December at the Balmoral Event Center in Lagos. He shared this via his Instagram page on Thursday, the 11th of November 2021. 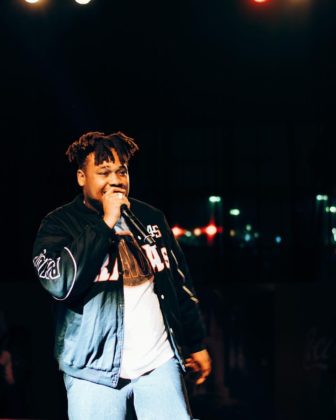 Buju has had quite an amazing year, racking up hits after hits with his own songs and his features on other songs. He started off by featuring on Ladipoe's early smash hit this year titled Feeling. A run of other features followed by two singles in Outside and Testimony showed that the singer was not here to play at all this year. After featuring on Wizkid's Mood off the Made in Lagos deluxe version, he decided to put out his own debut EP titled Sorry I'm Late.

READ ALSO: Buju Describes The Experience of Working with Wizkid on The Ebro Show | LISTEN

Following an amazing year, Buju has now announced his very first headline concert tagged Sorry I'm Late, holding in Lagos this December. The show will hold at the Balmoral Event Center in Victoria Island on Wednesday, the 22nd of December 2021. 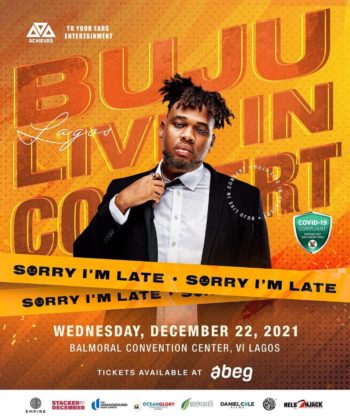