Brymo Calls Out 2Baba Over Accusation Of Sleeping With His Wife

Nigerian alternative singer Brymo has called out 2Baba over a case where he was allegedly accused of sleeping with the iconic singer’s wife, Annie Idibia. 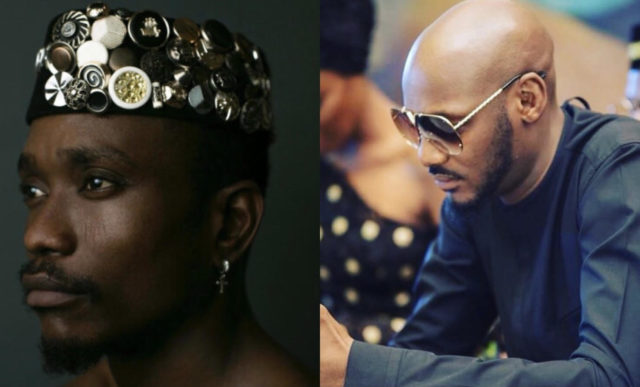 Brymo, who recently held a successful concert tagged “Organised Chaos” at Landmark Beach on Independence Day, 1st of October, after dropping two albums, took to his twitter page today, October 4th 2021, to give shocking details of events that involved him, 2baba, and Annie Idibia.

Brymo, who had been off social media until recently, stated in a tweet thread that he was accused of sleeping with Annie Idibia, the wife of the legendary 2baba, by the singer. He stated that 2baba had elbowed him in a supposed greeting repeatedly at an AFRIMA press conference in 2015/16 while calling his name.

Brymo went on to say that 2baba later requested a feature, to which he reluctantly agreed. However, when they met, 2baba referenced an artist who in the past had claimed king at his (2baba’s) expense. According to Brymo, 2baba told him what “his fate would be” if he (Brymo) kept “eyeing his throne”.

The lengthy thread continued and Brymo stated that he was lured to a guest house where four men attacked him and even gave him a black eye. He went on to state that a source told him the men were sent to attack him courtesy of 2Baba, an attack he (Brymo) couldn’t figure out if it was because he supposedly slept with Annie Idibia or because he was gunning for 2Baba’s throne. Brymo claimed he asked 2Baba directly, but he denied being involved in such an act.

He concluded the tweet by stating that 2Baba should desist from interacting with things and people that are close to him. He also added that the music scene is a business space, hence, everyone should be allowed to operate freely without anyone having to worship any artist based on their longevity or richness. 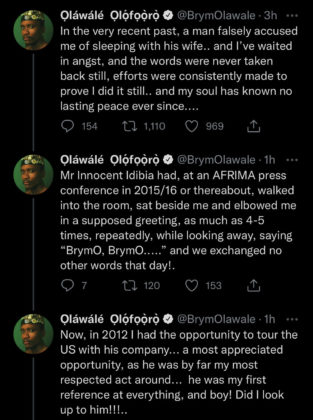 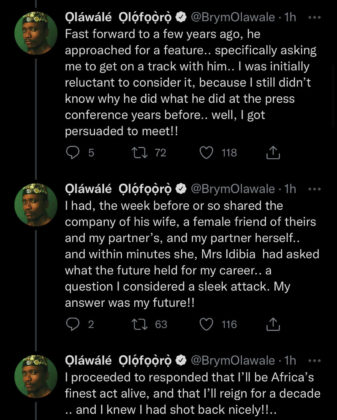 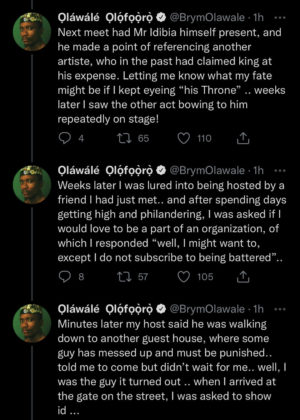 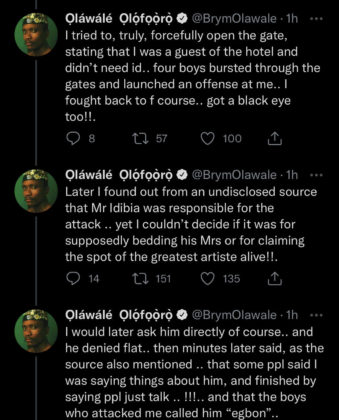 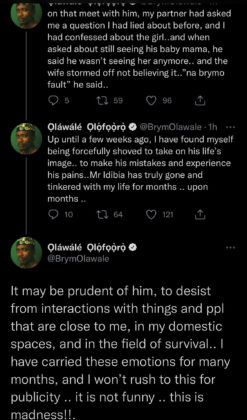 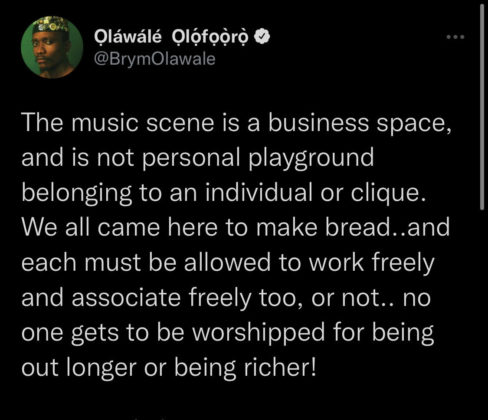 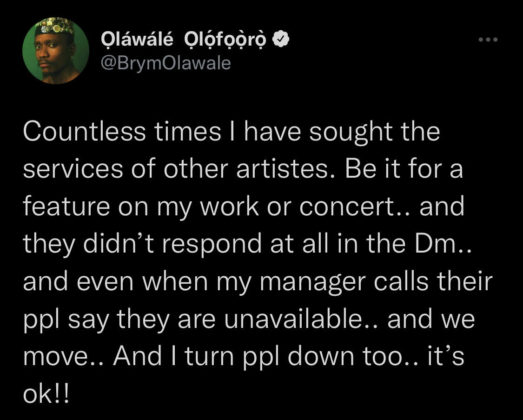 2baba is yet to respond to the accusations.