American singer, Brent Faiyaz is the only feature on the tracklist for Tems' new EP, If Orange Was a Place, which will drop on Wednesday.

American singer, Brent Faiyaz is the only feature on the tracklist for Tems' new EP, If Orange Was a Place, which will drop on Wednesday. The singer unveiled that tracklist via her Instagram page on Monday, the 13th of September 2021. 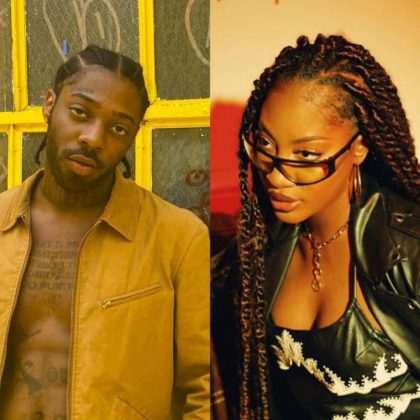 Tems' new EP is set to drop on Wednesday and the announcement of Brent on the project will be even more interesting to look forward to. Announcing the tracklist via her Instagram, the singer wrote, "If Orange was a Place. TRACKLIST🕊 This Wednesday🧡 15/09/2021".

Although Brent Faiyaz was the only featured artist on the tracklist for Tems' new EP, she also collaborated with some amazing producers in GuiltyBeatz and Jonah Christian. The tracks on the EP were also mixed and mastered by Swaps.

Tems recently announced her debut American tour which will be the perfect way to celebrate her newfound star status. Her collaborations on Essence with Wizkid and on Drake's latest album have announced the singer's talent to the world in grand style.

#BBNaija: I Have a Relationship Outside the House - Angel Reveals