Nigerian singer, Tems has released the dates and put tickets on sale for her ver first American Tour, scheduled to hold from this month.

Nigerian singer, Tems has released the dates and put tickets on sale for her ver first American Tour, scheduled to hold from this month. The singer announced this via her Instagram page on Saturday, the 11th of September 2021. 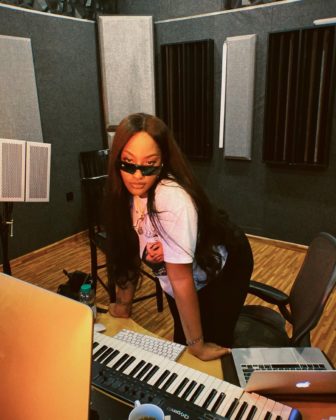 Tems' stock has grown globally in recent times, first for her appearance on Wizkid's global smash hit Essence. This has catapulted her talent into the full glare of the world and she recently grabbed a feature on Drake's most recent album, Certified Lover Boy. The Drake feature brought Tems' talent to even more ears and she is prepared to take full advantage of that.

Tems has not revealed the dates and tickets for her very first American Tour which will run for a month. The singer will kick off the tour at Dartmouth College in Hanover on the 17th of September. Tems will round off the tour with a show at the Promonotory in Chicago.