American rapper, Bia has made a reply to Burna Boy saying that she was in his DMs back in 2019 after she claimed she doesn't know what he, Davido or Wizkid looks like. 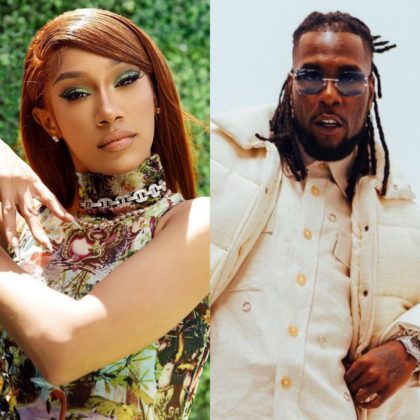 The rapper made her response via a comment with her Instagram page on Saturday, the 10th of July 2021. In her reply, Bia told Burna Boy not to be hurt because she said she didn't know him. She said he has a a beautiful girlfriend (Stefflon Don) and so, things like that should not bother him. Bia also debunked his claim that she was in his DM back in 2018. She said she merely tagged him on a song of his and that was it. In her words;

Burna love your music, don't be hurt I said Ion know what U look like. Your girl is beautiful anyway you shouldn't care.

READ ALSO: Here's How Burna Boy Responded to Bia's Claim of Not Knowing Him

Bia had said in a live video with Nicki Minaj that she was not familiar with the faces of any one of Davido, Wizkid or Burna Boy. This caused quite a storm online with Nigerian fans and she had to apologize and explain herself. In his reply, Burna Boy revealed that Bia had been in his DMs since 2018, so how could she now know what he looks like? What do you guys think?