Bella Shmurda revealed that the dates for his UK tour which included 5 cities has now been updated to just 3 cities now. He shared this vis his Instagram page on Tuesday, the 16th of November 2021. 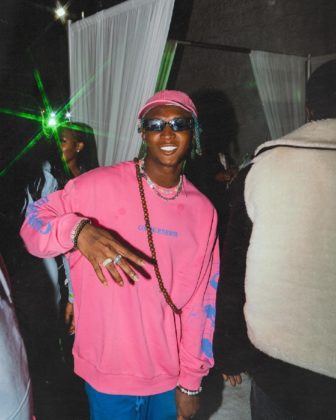 Bella Shmurda just completed his US Tour which saw him perform at different clubs and concerts in America. The singer's US Tour kicked off in Atlanta on the 19th of September and he rounded up in Philadelphia on the 9th of October. In between his tour, he also performed at the One Africa Music Festin Brooklyn and also opened for Wizkid on his Made in Lagos tour stop in Dallas.

The previous schedule for Bella Shmurda’s UK tour was to kick off on the 5th of November at the Alea Casino in Glasgow. From there, the singer will touch the Scala in London on the 7th, followed by stops in Manchester and Dublin, before rounding up in Birmingham on the 27th.