Wunderkind of 2020 and latest street hop sensation, Bella Shmurda has scored yet another synergetic collaboration for his upcoming debut album, Hypertension in the person of Zaza Vibes originator, LAX 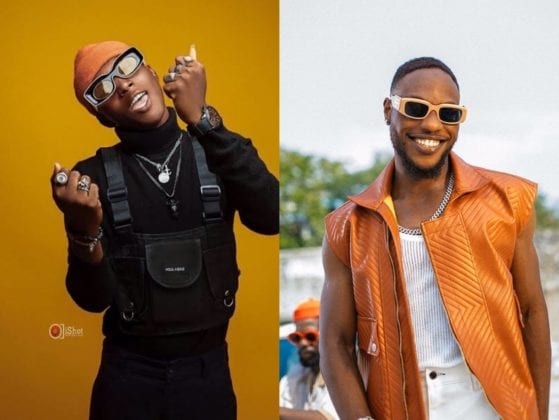 The collaboration which seems to be a finished work was premiered on Bella's Instagram page on the 19th of January over a video of him and LAX chumming it up while a snippet of the song played.

This collaboration between Bella Shmurda and LAX will be the third confirmed one on his album as he already mentioned that his project will feature Ghanaian dancehall act, Shatta Wale as well as Afro-swing rapper, Kida Kudz.

Watch the video here and let's know what you think of this collab.