Bella Alubo Has Something Shocking To Say About Tinny Entertainment 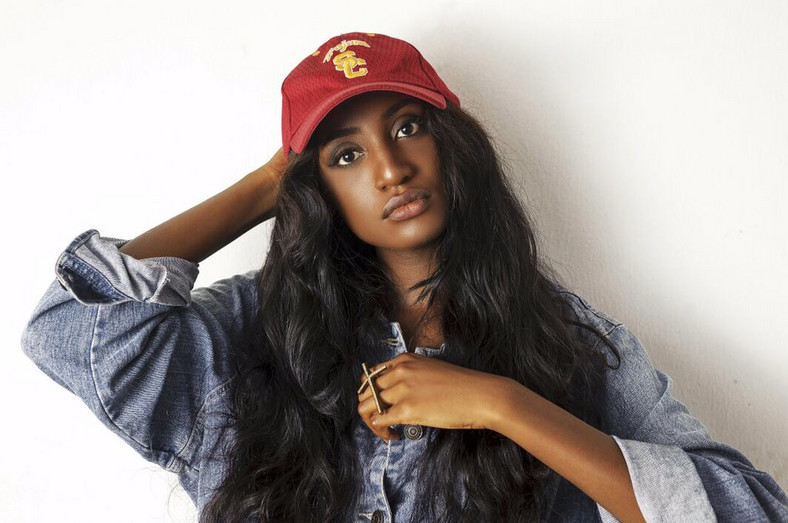 On Wednesday, the 18th of September, Ycee had called out the CEO of his former label, saying the label was very good at reaping off the hard work of artistes without compensating the artists, not even with the money received from streaming their songs on different platforms.

Adding her voice to this conversation, Bella Alubo tweeted that she had also had a clash with Tinny Entertainment and this clash was more like power tussle and also contributed to why she left the record label.

Tropicana Fruit Juice was doing so well and that Nigga said he wanst going to shoot a video as "punishment" (for not yielding to his silly power games) and was going to frustrate me and my career till I move back to Jos since I've not had to sleep with men to survive. 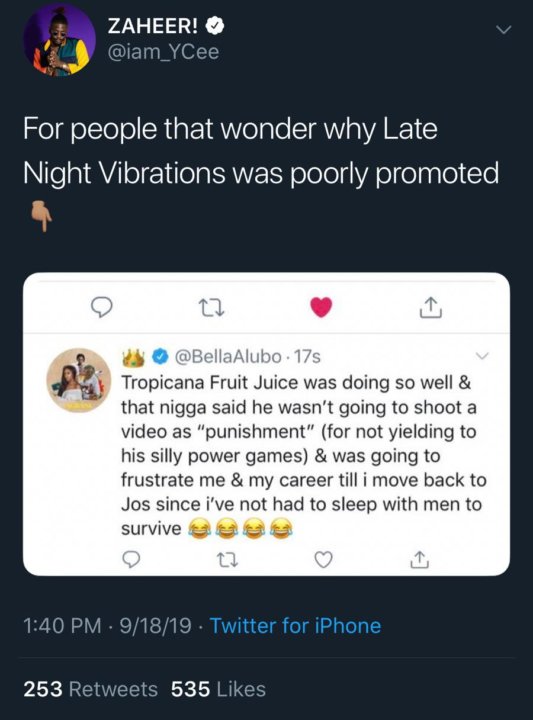