Yerins, Niyi, and Beatrice have become the first housemates to be evicted from the BBNaija Season 6 house after following their nomination on Monday.

Ebuka announced to the BBNaija housemates that Yerins, Niyi, and Beatrice by virtue of getting the lowest votes will be the first set to be evicted from the show. This happened on Sunday, the 8th of August 2021. 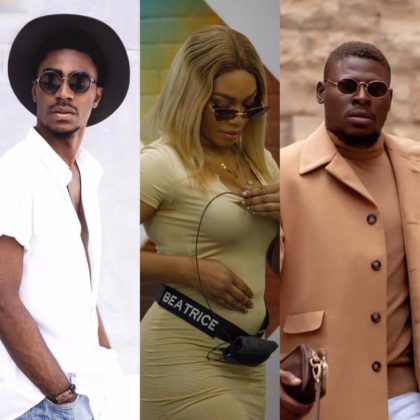 Among the reactions to the evictions, some fans have stated that they were not too surprised with the exits. Yerins was described as too introverted for the Big Brother house. Although he was brilliant and regularly schooled his fellow housemates on issues. Twitter user @TundeVorm remarked;

My colleagues at work always say to me that #BBNaija is not for intellectuals...

I don't know to say to him tomorrow, knowing full well that one of the most knowledgeable HM(YERINS) was unseated for...🤐🤭

Just like Yerins, Niyi and Beatrice getting evicted from the BBNaija show did not surprise many. Niyi played his game as a married man and although noble, doesn't seem like the kind of character the BBNaija audience would like. Beatrice was also described as someone who played her game late and left no chance for redemption after her slow first week in the house. 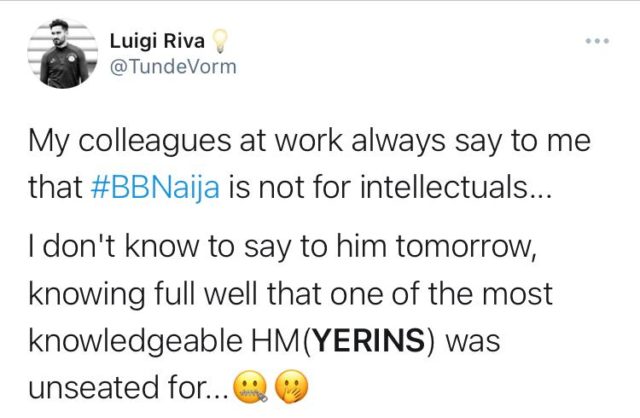 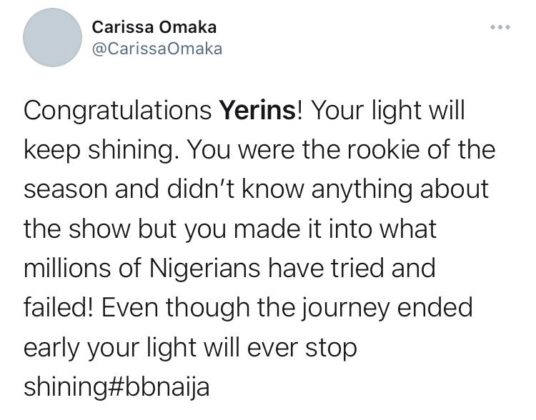 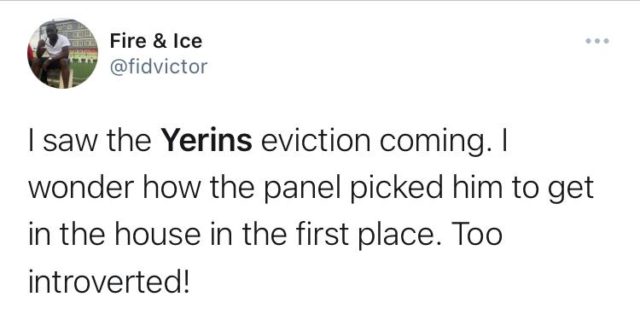 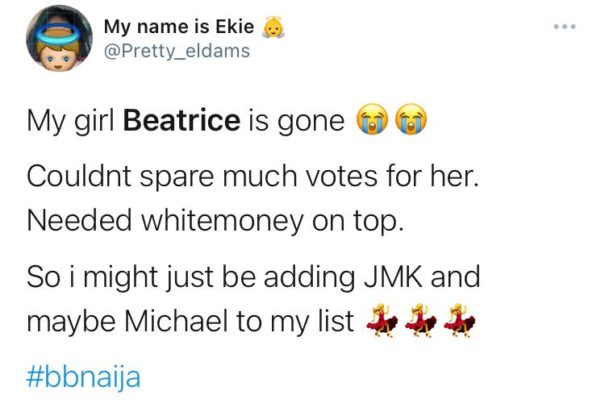 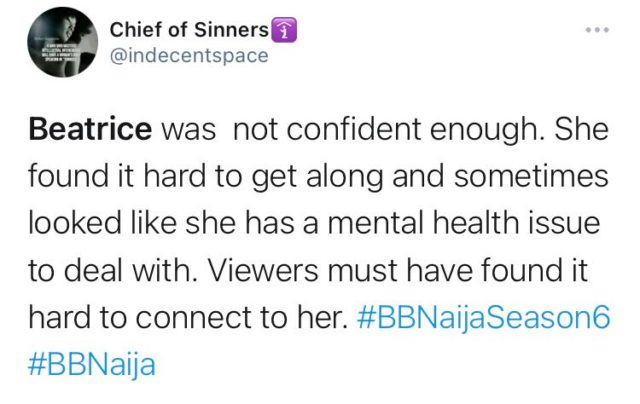 27-year old Yerins from Bayelsa said he is going to bring creativity, originality, and drama to the house. Yerins is a medical doctor, musician, and artist. He also describes himself as a polymath and did in fact prove it to Ebuka.

Standing tall at 6 foot 6 inches, Niyi said he is going to tell all the housemates he is single, even though he's married. He also revealed he used to play basketball but his career was cut short by injury.

A fashion model and a proud Port Harcourt girl, she defies the stereotype by claiming to be calm. Beatrice claims to be there to sell herself and her clothing brand and wants to be important. She's also single for now.