Saga has told Biggie that he failed the secret task assigned to him in the BBNaija house because he was too attached to Nini and she needed him.

Saga has told Biggie that he failed the secret task assigned to him in the BBNaija house because he was too attached to Nini and she needed him. He told Big Brother this during his latest diary session on Thursday, the 16th of September 2021. 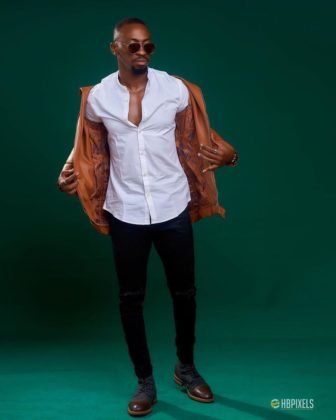 Saga was handed the secret task along with Liquorose which was to start a fight with their partners and stay away from them until the next diary session. Saga began the task on Tuesday and stayed away from Nini, bonding more with Liquorose. However, Nini got into a fight with Cross yesterday, and in his bid to pacify her, Saga told her the truth.

Saga and Nini woke up Biggie’s punishment this morning for failing the secret task, which was to clean up the garden in the BBNaija house that was intentionally messed up. Saga told Biggie during his diary session;

Nini is very smart so I didn’t start immediately. I took my time. When I started the task in the evening and it got to her until she said I should not talk to her again. At this point, I knew that I had done the task but I didn’t know for how long the task should go. She got into a fight with Cross and I had to leave my character and intervene. If the fight didn’t happen I would have continued the task.

I passed the task up to a point but I think I failed the task. I suspect liquorose is also on the same task and she’s doing a good job, I am quite attached to Nini so it was a bit harder.