#BBNaija: WhiteMoney Warns Queen Against Flirting in the House

BBNaija Shine Ya Eye housemate, WhiteMoney has warned Queen that flirting in the house could have serious repercussions if she has political ambitions in the future.

BBNaija Shine Ya Eye housemate, WhiteMoney has warned Queen that flirting in the house could have serious repercussions if she has political ambitions in the future. He said this to her during a recent chat on Friday, the 17th of September 2021. 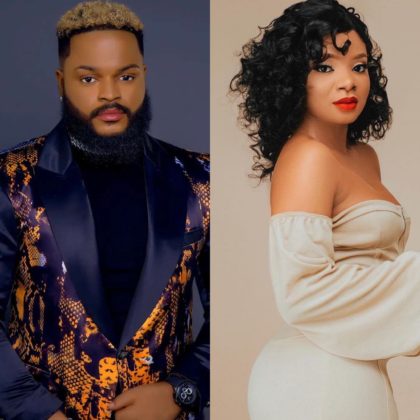 As part of his privileges as HoH this week, WhiteMoney is sharing the executive room with Queen. They were involved in a discussion last night around the happenings in the house when he brought it up.

Speaking to Angel in the BBNaija executive room, WhiteMoney told her that he has noticed her flirting a lot and warned her about the consequences. In his words;

I’ve seen people lose prominent positions in life because of some things. I have seen you do so many silly things. All those extra touching, kissing and pressing of breast with multiple people is a stupid, act trust me.

Unless you don’t have plans of venturing into politics full time, but If you do then you have to stop some certain behaviours you exhibit here on the show

In response, Queen told him that she knows what she’s doing and has no plans of going into politics full time.