WhiteMoney has become the latest HoH in the BBNaija house, as Nini once again escaped eviction from the house for another week at least as she saved herself and nominated Cross. 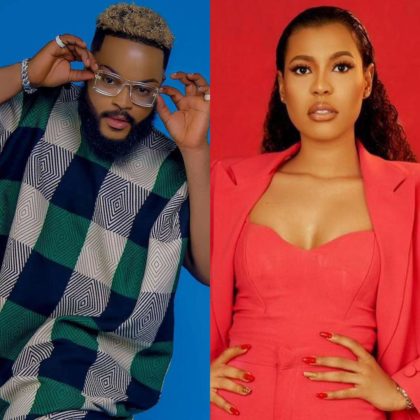 Before the games commenced, the housemates all nominated who they wanted to see on the eviction row this week. At the end of the nominations; Saskay, Angel, Emmanuel, Yousef, and Nini were all up for eviction. All of them however had the option to save themselves if they managed to become HoH at the end of the day.

WhiteMoney emerged the winner at the end of the BBNaija HoH games today, while Nini who came second won veto power proceeded to save herself and nominate Cross for the eviction row this week. That will make the housemates on the row for possible eviction this week; Saskay, Angel, Emmanuel, Yousef, and Cross.

During the nomination process, Cross picked Nini and WhiteMoney to go on the eviction row. However, both of them are safe for the week and instead, he is up for eviction. 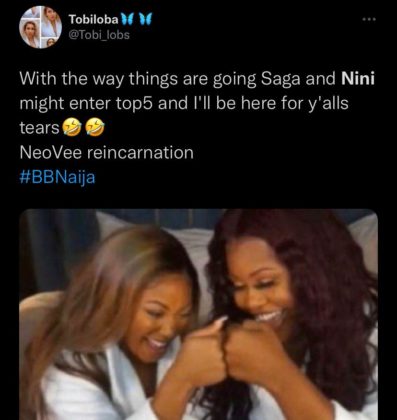 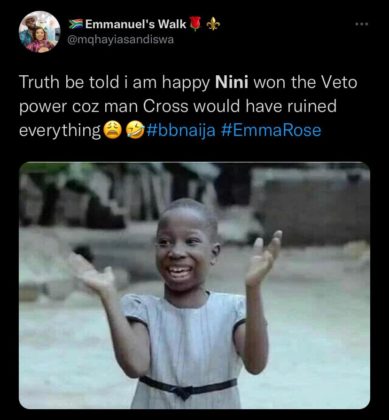 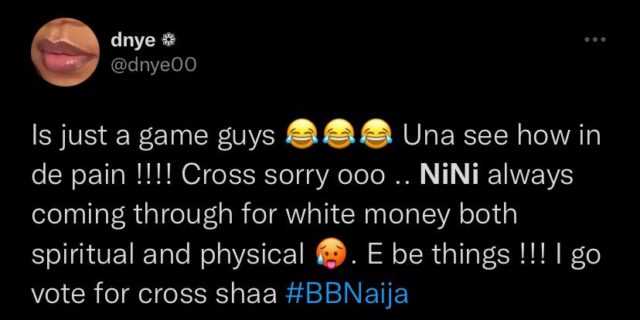 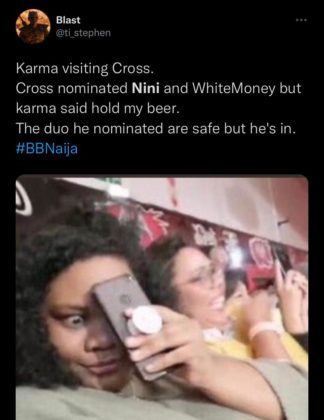