Pere has described the relationship between Saga and Nini in the BBNaija house as fake and a "mirage", saying the former's feelings might not be genuine.

Pere has described the relationship between Saga and Nini in the BBNaija house as fake and a "mirage", saying the former's feelings might not be genuine. He said this in a conversation in the house on Sunday, the 12th of September 2021. 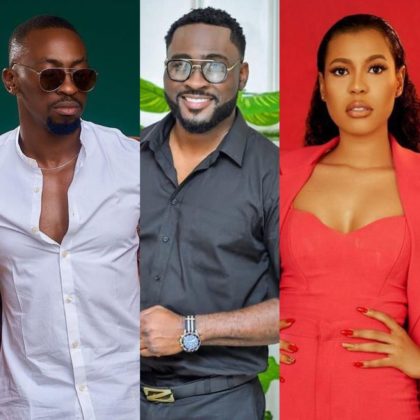 Saga and Nini have become quite close in the BBNaija house and although the latter claims she has a boyfriend outside, they are practically seen as a couple. They have also been acting like a couple and shared the HoH room together on more than one occasion.

Speaking to Cross and Angel after the BBNaija live show, Pere described Nini and Saga's relationship in the house as fake. He explained;

The more you stay around people you develop feelings but there’s a 40% chance that the feelings is just a mirage, some people who feel for each other in this house will change when they get outside. I’m not sure about Saga’s feelings for Nini, I don’t think it’s genuine because Nini is so calculative. It’s not like they don’t like the person, but feelings can be heightened here because we are all in this space.