#BBNaija: WhiteMoney Says Fallout with Pere in the House was Inevitable | WATCH

BBNaija season 6 winner, WhiteMoney has explained that his constant fallout with fellow housemate, Pere was inevitable and he was not surprised by it.

WhiteMoney told Ebuka in this new interview that he and Pere were two alpha males in the BBNaija house and their fallout was to be expected. The interview was shared via Youtube on Wednesday, the 6th of October 2021. 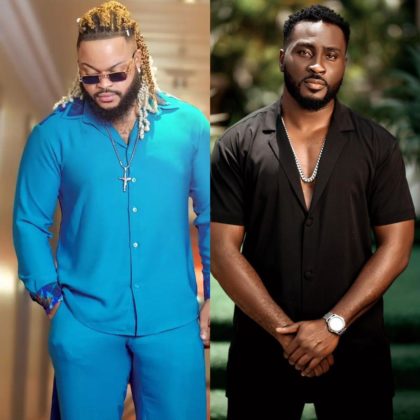 WhiteMoney and Pere had a few clashes in the house, which were mostly instigated by the latter to the chagrin of their fellow housemates and the audience at times. However, towards the tail end of this BBNaija season, the two of them grew quite close and could even be regarded as friends.

During the interview, Ebuka asked WhiteMoney why he thinks he and Pere had a rocky start to their relationship in the BBNaija house. He replied saying, they are both alpha males and that meant they were always going to clash due to them being in the same habitat. WhiteMoney also said that he and Pere had to fallout in order to become friends later.