WhiteMoney Declared as Winner of #BBNaija Shine Ya Eye!

WhiteMoney has been declared as the winner of this year’s BBNaija Season 6, the Shine Ya Eye edition, beating Liquorose at the final hurdle. 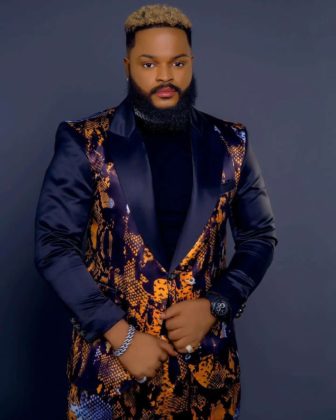 The BBNaija live show kicked off with a word from the in-house audience on which housemates they were rooting for to win. Then Made Kuti hit the stage to deliver the very first musical performance of the night. Emmanuel was the first housemate to be evicted from the house tonight, followed by Angel. Then Avala, a previous BBNaija housemate stepped on stage to perform before Cross was also asked to leave the house.

Soon after this, Pere was also evicted and then Lojay got on stage to perform before Ajebo Hustlers rounded up the musical segment of the show.

The top two BBNaija housemates this year, WhiteMoney and Liquorose were then called out to the stage, before Ebuka announced the former as the final winner.

WhiteMoney looks like quite an interesting personality. He is a businessman, who deals in the import and export of shoes. He promises to put a smile on people’s faces.