One of the current BBNaija housemates, WhiteMoney has expressed his dismay at the way the wildcards, Pere and Maria played him.

WhiteMoney was speaking to his fellow BBNaija housemates and he told them that Pere and Maria tried to downplay his smartness. He said this on Monday, the 2nd of August 2021. 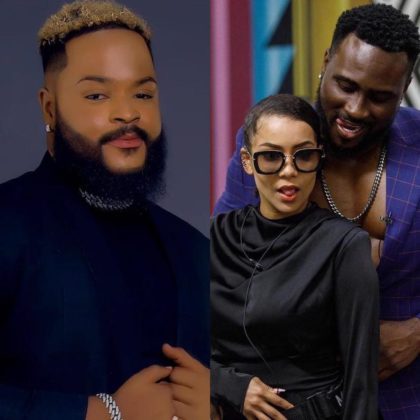 Speaking to Cross and Liquorose, WhiteMoney said he had warned someone that they were plotting with the wildcard. He also said the day he found out, he actually told the house that, "the wildcard does not even warrant it" but they were not listening.

WhiteMoney also told Maria to her face that he knew she was the BBNaija wildcard, even though it was Pere he picked. WhiteMoney was the only housemate to guess at least one of the wildcards right. He told Maria, "You're refusing to admit to the fact that I caught you". To which, she responded;