#BBNaija: Housemates Vote for JayPaul and Liquorose as Wildcards

Last week, Big Brother revealed to the BBNaija housemates that there were two wildcards among them, and their votes today all pointed to Liquorose and JayPaul.

When all the BBNaija housemates had voted, the top votes for the wildcard guessed went to Liquorose and JayPaul. The voting was done during their respective diary sessions on Sunday, the 1st of August 2021. 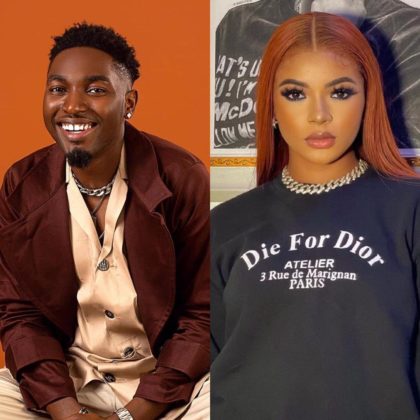 None of the housemates guessed the correct identity of the wildcards, except WhiteMoney who names Pere as one of his guesses. He also happened to pick Liquorose, and so did Niyi, Arin, Cross, Angel, Saga, Emmanuel, Saskay, and Peace. All these BBNaija housemates listed minus Saskay also made their two wildcard picks, both Liquorose and JayPaul. A good number of the housemates also guessed Arin, Yerins, or Beatrice would be the wildcards. In fact, Liquorose narrowly beat Beatrice with 9 votes to her 8.

READ ALSO: #BBNaija: Maria and Pere Revealed As The Wildcards!

Ebuka revealed to the BBNaija housemates during the live show that the two wildcards are Pere and Maria. However, due to the Liquorose and JayPaul getting the highest number of votes, they would have specific nominations privileges this week that are yet to be revealed. As a result, also, Maria and Pere have not become full housemates by default but it remains to see how their relationships with other housemates fare from this point.