#BBNaija: Maria and Pere Revealed As The Wildcards!

The drama is intensifying in the BBNaija Season 6 house, as the wildcards in the house have been revealed as Maria and Pere.

Ebuka announced to the BBNaija season 6 housemates on Sunday that there are two wildcards in the house, and they turned out to be Maria and Pere. The two wildcards revealed themselves during their diary session with Big Brother on Thursday, the 29th of July 2021. 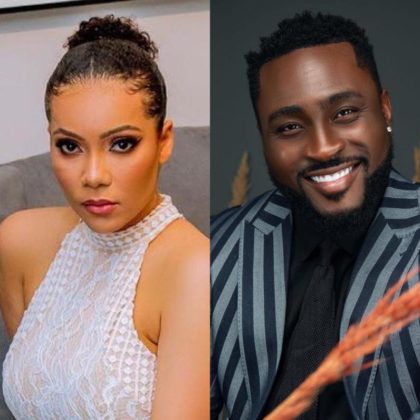 The current BBNaija housemates all went into a diary session with Big Brother today, and he took his time to speak with the wildcards, Maria and Pere. Maria revealed that she was shocked to find out that she and Pere were the wildcards. She disclosed that before entering the house, she was of the opinion that she was the only wildcard. She told Biggie;

Big Brother, you didn't tell me that there was another wildcard. I was shocked. I was like did they know me. But then I thought if I don't know them, then they don't know me. I actually think I have a clue who the second person is.

When Big Brother asked who she thought it was, she said, "Pere. I think he's the second wildcard"

Pere also told Big Brother that he believes either Maria or Nini is the second of the two BBNaija season 6 wildcards. When Biggie asked him who he thought the person is, he said;

You mean I should tell you my suggestion? Oh sorry, can I drop a couple of names? I have about two. Maria is one, and Nini.