Season 6 of the widely watched BBNaija reality show is now in full flow, and Peace has now become the first Head of House (HoH) picking Yousef as her deputy.

Peace was named the HoH after emerging the winner of the BBNaija Season 6 arena games, and when asked by Big Brother, picked Yousef as her deputy. The Arena games were held in the BBNaija house on Monday, the 26th of July 2021 with Peace, emerging winner and HoH as a result. 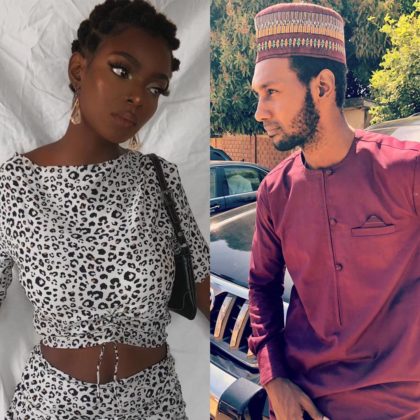 Maria took an early lead with her performance during the Arena games, but Peace proved during her turn to be better at the day's game than everyone. Peace's win was definitely unexpected and definitely sets the tone for the rest of the season.

Apart from ascending to the BBNaija Season 6 HoH throne, Peace also gets to share the exclusive HoH room with her deputy, Yousef and it promises to be an interesting week. Already, Yousef has been talked about online as a quite reserved person. Some even called him "creepy" after he revealed during the live show that his students have a crush on him.

A 26-year-old fashion entrepreneur with experience as a TV host, Peace loves funny people, relaxing, eating, and sleeping. She claims to be bringing her peaceful self but will give as good as you get if you try to disturb her peace. Her tagline goes; "If you're not rocking with Peace, PEACE OUT!"

Yousef is a teacher and model who loves looking good for the camera. He graduated from the University of Jos and he said his mission in the house is to find himself a soulmate.