#BBNaija: Watch The Video of Maria's Clash with Jackie B

In the BBNaija house today, housemates Maria and Jackie B clashed over something the latter had said regarding the relationships in the house.

Explaining what happened in the BBNaija house, Jackie B told Big Brother that she did not intend to get Maria upset with her words, and she just said what she had seen in the house. This happened on Friday, the 6th of August 2021. 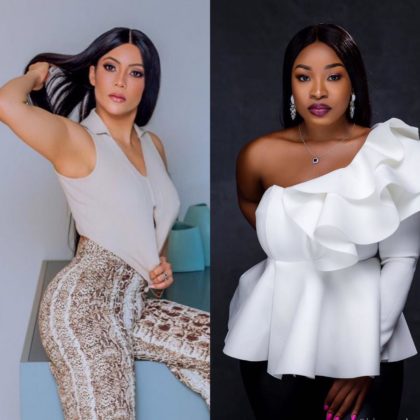 Maria and Jackie B

Jackie B told Biggie that she had only been speaking about Liquorose and Emmanuel. She called Emmanuel a flirt and said Liquorose could definitely do better. She said that he had also flirted with her before. In her words;

We finished talking about the Sammie issue. We moved to Liquor and Emmanuel, and I basically said that I feel like Liquor deserves someone that likes her because Emmanuel is a flirt. He flirts with me and every other girl, and it's not a secret. And, I know that Liquor genuinely likes him, and he even told me that he sees her as a friends and only likes her personality. He was now trying to backtrack.

SEE REACTIONS TO THE CLASH BELOW: 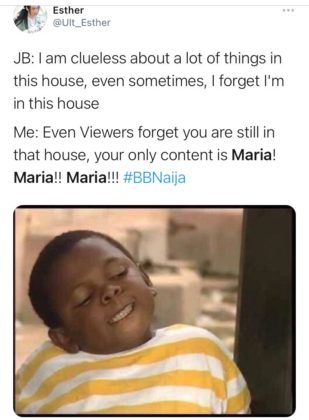 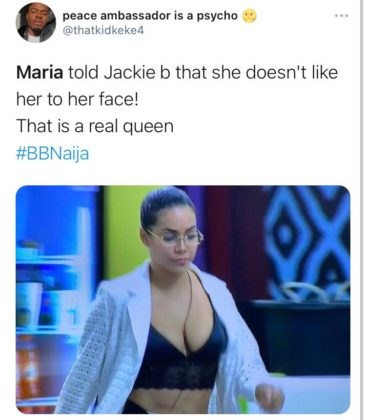 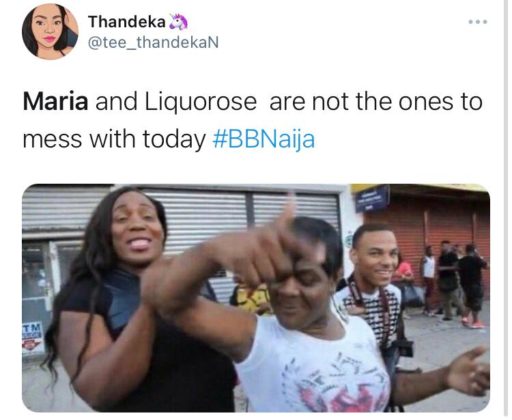 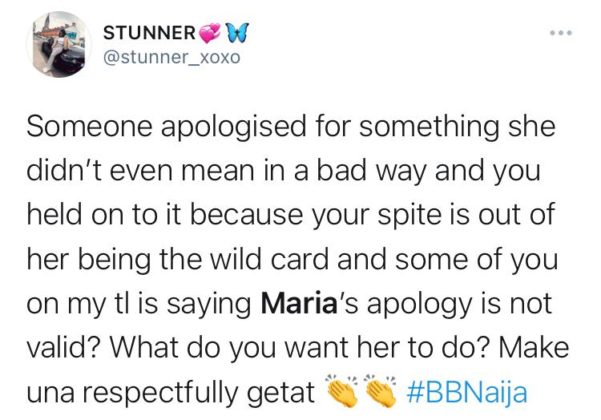 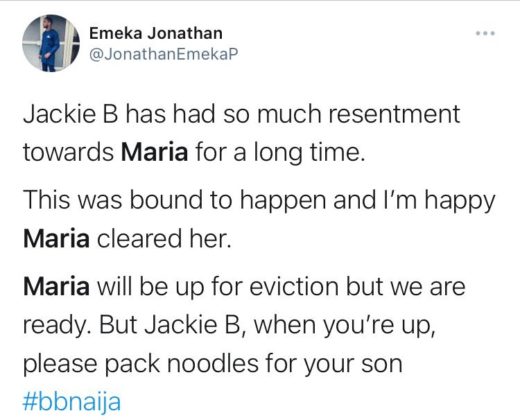 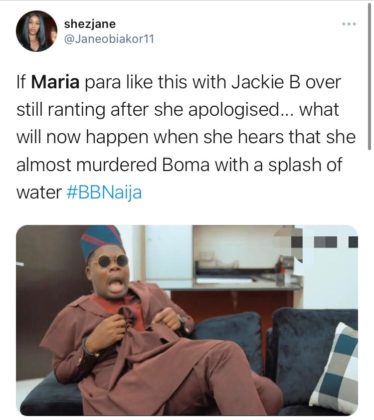 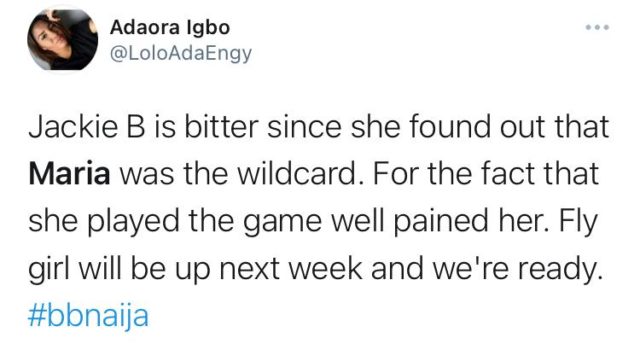