Recently evicted housemates from the BBNaija, Saga, and Nini during their interview with Beat FM have explained that their friendship in the house was never leaning towards anything else.

Nini told Osi of Beat FM that Saga knew the boundaries and that she had a boyfriend, so there was no chance for any relationship both inside and outside the BBNaija house. The interview was shared via Youtube on Tuesday, the 28th of September 2021. 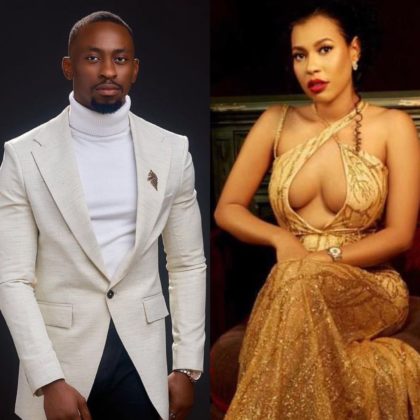 Nini and Saga’s relationship in the house was the major talk around the show. There was a general feeling that the friendship was too one-sided and Saga was having unrequited feelings for her. During this interview, the two of them took turns to debunk this assertion, saying that they were just best friends.

READ ALSO: Saga, Nini and Queen Have Been Evicted from #BBNaija Shine Ya Eye

During their interview with Beat FM, Osi also asked why Saga cried when Nini went missing for a while in the BBNaija house. He said that he was of the assumption that she had a mental breakdown and he was at fault. According to Saga, that was why he kept banging on the diary room door for Biggie to produce Nini.