#BBNaija: Watch The Moment Pere and Angel Make Surprise Re-Entry into the House

Pere and Angel were both passed by Biggie to enter the BBNaija top 6 this night and we have the video of their surprise re-entry into the house.

Pere and Angel were asked to leave the BBNaija house during the live show yesterday but this video now confirms they will both be contesting for the grand prize this week. The video was shared via Instagram on Monday, the 27th of September 2021. 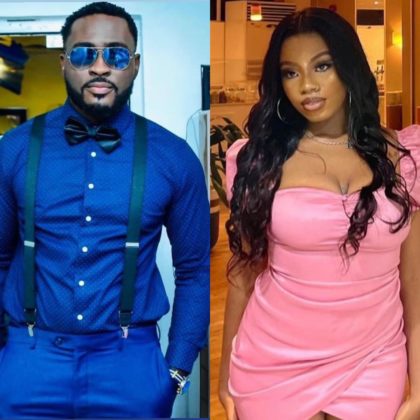 According to the official vote results announced during the last eviction show, Pere amassed 25.31% of the total votes while Angel polled 14.63% of the votes. However, as the final week can only have 5 contestants and three housemates have already been evicted for having lesser votes than the two, Biggie introduced a twist. They were taken to a white room where they were made to play a game of trucks and screws. As Biggie told them;

This is a game of trucks and screwdrivers. Whoever wins the game secures a spot to the finale and gets to enter the house. The loser will be finally evicted from the reality show.

Pere and Angel did battle in the end but Biggie decided to let them both back into the BBNaija house and the video shared on Instagram captured the shock from the other housemates.