#BBNaija: Tega Insists There's Nothing Wrong with Her Marriage | WATCH

Recently evicted BBNaija housemate, Tega has said in a new interview that there's nothing wrong with her marriage, even after her husband's revelation's last night.

Tega told Beat FM during her new interview that she has spoken with her husband and everything is good despite her actions in the BBNaija house. The interview aired on Tuesday, the 7th of September 2021. 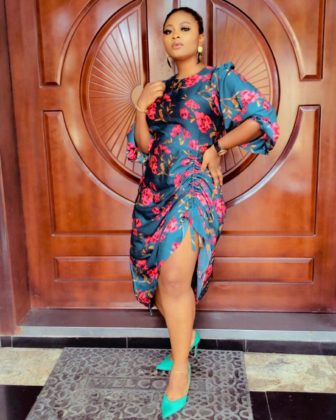 Tega and Boma got quite intimate in recent times in the BBNaija house even though she made it fully clear she was married. Speaking to Tunde Ednut yesterday, Tega's husband claims not to have set eyes on her since her exit from the BBNaija house. In his words;

I told her to behave like a married woman before she got into the house. I was broken when I saw all that on Tv because I know where I’m coming from we are really responsible.

Tega is a very good girl but I wonder why she went there and did what she did. I can’t explain. I feel broken, my ego has been tampered with. I can’t even leave my house because of all the reports on the street. Tega was a God-fearing woman before she left. I don’t know what happened to the old Tega.

Speaking to Beat FM in a new Interview, Tega said the BBNaija viewers should not believe everything they see on their screens. She also said that she has spoken with her husband and everything was good;

Honestly I feel like people need to stop believing everything they see on the internet. I have spoken to my husband and we are good.